Interest rates go up again: What about your mortgage?

Whatever deal you're on, here’s how to manage your mortgage in the face of another rate rise.

Why? Because inflation is so high. March saw inflation reach 7%, its highest since 1992, and it’s generally expected to climb further when April’s energy hike is factored in. The end goal is for these base rate rises to drive inflation back down, but in the meantime, people are feeling the squeeze.

Habito’s Chief Financial Officer, Martijn van der Heijden, has clear advice on managing your mortgage to reduce the impact of this news on your pocket.

If you’re on a variable, tracker or standard variable rate (SVR)

For the 1/4 homeowners who are on a variable, tracker, or SVR, this news will mean they see their repayments go up. On tracker mortgages the change will be immediate and certain, but on a variable rate, it’s up to the lender.

If you’ve not remortgaged for a while and have slipped onto your lender’s SVR - it’s very likely you’ll now be paying more. The average SVR mortgage ticked up by 0.10% to 4.71% in April, to reach a two-year high (according to Moneyfacts).

If you don’t know what type of mortgage you have, do check it out as soon as you can so you’re fully in the picture when it comes to your monthly payments.

If you’re on fixed rate deal

The better news for the 3/4 of UK homeowners who are on a fixed rate deal is that today’s base rate rise won’t lead to an immediate financial hit.

That said, if the Bank does need to raise rates again - and financial markets believe this could happen over the summer - when you do come to remortgage, mortgage prices will be higher than where they are now.

So, if you have more than 6 months left on your deal, you might want to consider switching to lock in for the long term - just watch out for Early Repayment Charges (ERCs). They’re set by your lender and could end up costing you thousands of pounds. However, it might make financial sense to leave your current deal, take the hit on your ERC, and lock in a lower-rate long-term fixed deal now. Make sure you speak to a mortgage broker to weigh up this option.

We know this year is going to continue to be exceptionally busy for remortgaging; data firm CACI estimates that £328 billion worth of deals are up for renewal, a post-financial crisis record. Bank of England data this week showed that approvals for remortgaging rose to 48,800 in March, the highest since February 2020.

For homeowners with mortgage deals expiring in the next 6 months, it’s the ideal time to look at whether fixing their mortgage costs is the right course of action. Some lenders allow you to lock in a deal six months early. If you’ve got a mortgage offer, your lender will typically honour the rate that they’ve offered you.

This record rate rise has seen growing popularity for long term fixed products. It means you can sleep easy in the knowledge that your monthly repayments will weather any further rate rise storm.

Habito One was created for exactly this reason. With rate rises predicted to continue, locking in a fixed rate for up to 40 years might be the best move for you.

Do a little life admin

Mortgage rates have been rising over the past few months and the cheapest deals on the market are being withdrawn by lenders at short notice. Any inconsistency in your documents or delay in considering a mortgage recommendation could see you miss out on the most competitive rates recommended by your broker.

If you haven’t got a mortgage offer secured yet, we’d recommend getting your documents in order. Things like your ID being up to date and your address being correct on your bank statements will help avoid common pitfalls when it’s time to submit your mortgage application.

If you’re struggling to make your monthly repayments

Today’s rise has come alongside the rise in national insurance and the freeze on income tax thresholds, pushing many taxpayers into higher tax brackets. Some economists are calling this the biggest collapse in real disposable household incomes since records began in 1948.

If you’re worried about making your monthly repayments on an existing mortgage, your first step is to talk to your lender. Lenders have to treat you fairly and consider any request to change the way you pay your mortgage.

Also, talk to us. It's possible to reduce your monthly repayments by doing things like extending the mortgage term.

If you need bigger picture help on your finances, there is support out there - Citizens Advice is a good place to start.

Talk to a broker

We’re bracing ourselves for a busy week next week. When the Bank first raised interest rates in December, Habito’s web traffic was up 66% compared to other days in the month.

We know people will be anxious about the news and we’re ready to help, don’t hesitate to get in touch. 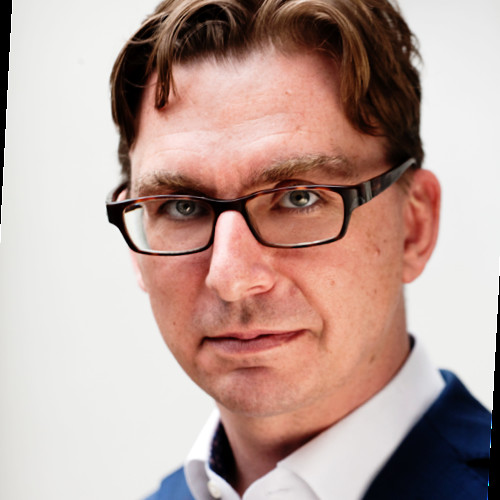 Buying a house with no survey: What to know

What is a long-term fixed rate mortgage?

What is a long-term fixed rate mortgage?